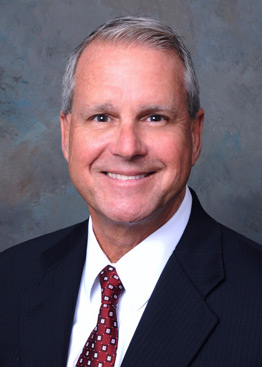 GENERAL LEGAL EXPERIENCE
After working as a state trooper for five years in Ft. Lauderdale, Mr. Niergarth began his legal career representing individuals who had been injured as a result of the negligence of others.  He has litigated cases in a number of venues in both State and Federal Court and handled appeals in  the Fourth and Fifth District Courts of Appeal.  In 1993, Mr. Niergarth accepted a position as Managing Attorney in Central Florida for a major insurance carrier.  Mr. Niergarth assisted in establishing and staffing house counsel offices in Orlando, Tampa, Jacksonville and managed the staff counsel office in Pensacola for several months while continuing his management duties in Orlando.  During this time, Mr. Niergarth tried numerous insurance defense cases in various courts around the state, including Brevard, Orange, Osceola, Indian River and Escambia counties.  In November of 1996, Mr. Niergarth opened the Law Offices of Arthur W. Niergarth, Jr., P.A. and began exclusively representing clients involved in complex personal injury, wrongful death and other areas of civil litigation.  He has served on the Board of Directors for the Brevard County Bar Association and as a member and Chairman of the Eighteenth Judicial Circuit Grievance Committee.

PERSONAL
Mr. Niergarth is a life long resident of Melbourne, an avid motorcycle enthusiast who has traveled extensively on some pretty cool worldwide adventures and is currently a reserve trooper with the Florida Highway Patrol.  Mr. Niergarth has spent nearly 40 years investigating traffic crashes, enforcing traffic statutes and testifying in both criminal and civil courts while dealing with insurance representatives, defense attorneys and plaintiff attorneys as a result.  Mr. Niergarth is currently in his 32nd year of practice.